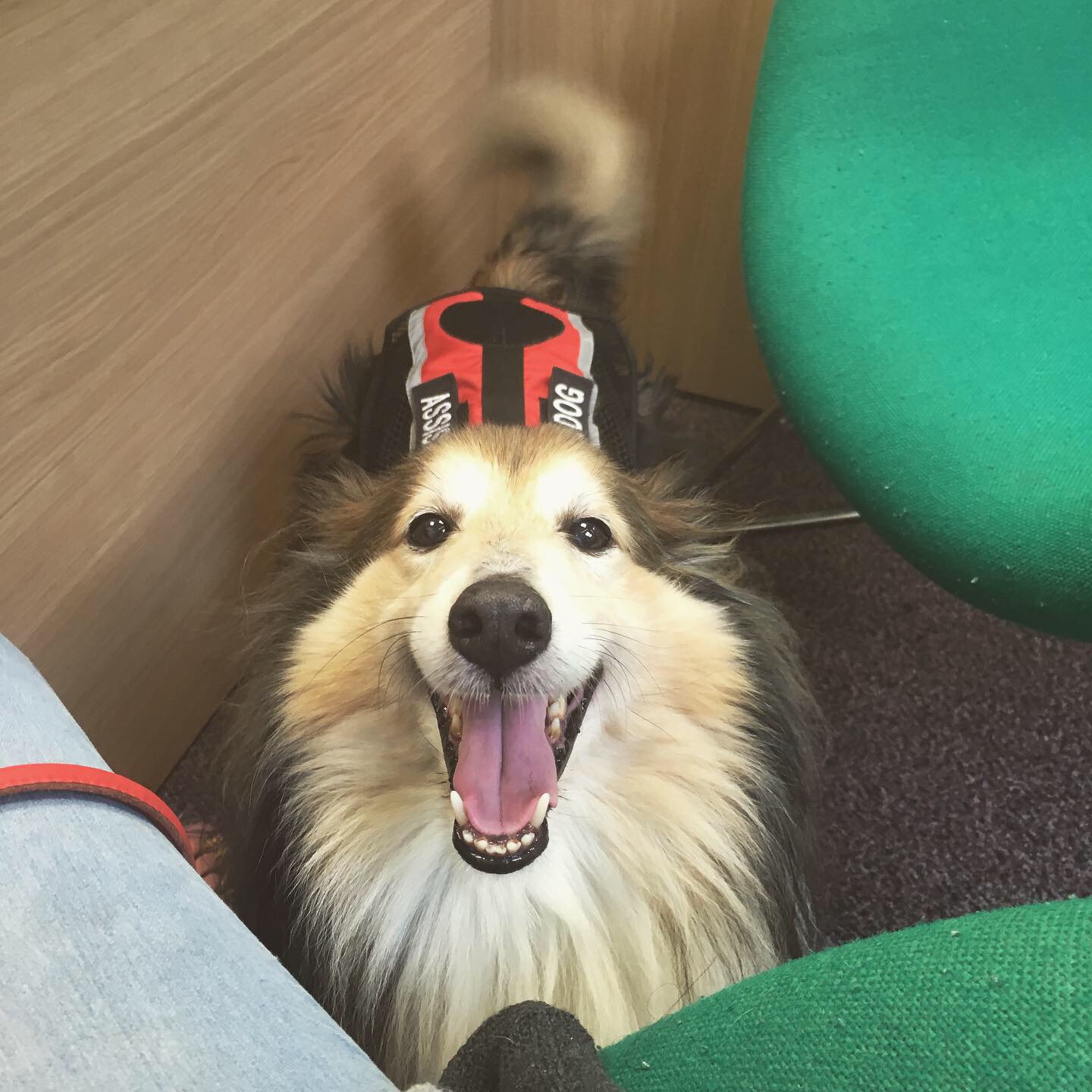 I recently saw a post where someone commented that the dog in question was performing a response not an alert. The theory behind this was that the dog was responding to a symptom and that an alert happens before symptoms so it couldn’t be an alert. So let us discuss this!

Now here is the problem with this theory. How can a dog dog detect something that doesn’t exist? Heart rate, blood sugar, and seizure alert dogs are the most famous of them all. How dogs alert to seizures isn’t even clear at this moment in time. There is no research backing how they do it.

Just because we might not know entirely how dogs detect seizures doesn’t mean there isn’t a symptom present they are detecting. Scientifically, there HAS to be a symptom present. The same goes for migraine detection.

We are aware that blood sugar detection is done through scent training, similar to drug detection. It’s believed that heart rate is detected through scent also, although again the science behind it is uncertain with no research to back it up.

For all of these alerts to happen there has to be a symptom present for the dog to detect. Therefore the person’s theory is incorrect – the dog is not predicting the future without any symptoms to go off.

So we’re at that question now. What is the difference between alerts and responses?

Think of it this way, when your asleep and the smoke alarm goes off. Is that an alert or response? Well the smoke alarm may be responding to the smoke, but the alarm is alerting you – the person – who is unaware of the smoke. There is still smoke present and nothing has been done about it but at least the person is now aware.

A response would be if there was a fire and sprinklers started going. The response is that there was a active prevention method put into place to stop the fire from progressing or put it out entirely. This could also be a manual response, someone turning on a sprinkler system for example.

So there it is, an alert (in the assistance dog sense) is when the dog is making the handler aware of a change the handler themselves may not be aware of.
A response would be that the dog actively did something to effect the change, hopefully in a positive direction.

When it comes down to psychiatric work for conditions like anxiety and depression, it can seem weird or strange to others that we’re not aware of physical symptoms. We can be breathing like we just ran 10 miles straight or that our entire bodies are shaking.

When these symptoms happen on a daily basis it is very common for people to become desensitised to their own bodies responses. The dog alerting us to this can be with visible symptoms and sometimes without! It is suggested that the dogs are alerting to cortisol but again there is no solid research to support this. For a handler to claim an assistance dog performs alerts it would have to perform them consistently, not just occasionally.

Responses to mental health symptoms by dogs are applicable in many areas which is why they’re more common. An example would be behavioural interruption, getting someone to stop hitting themselves or picking at their skin.

It is also incredibly possible for a dog to do an alert and a response at the same time. Things like mental health allow for alerts and responses to mix together regularly due to responses being more possible due to the condition. For example it would be difficult for an assistance dog to administer medication to someone with diabetes.

I would say for something to be labelled as a response the dog would have to actively do the task without the handlers direction and consistently, not just a one time occurance. This means not calling the dog to them to perform DPT, but for the dog natural go and lay across the handler.

Having an assistance dog that requires handler direction to perform responses does not lessen the dogs ability as a auxiliary aid.

Have a further read on alerting from a earlier blog entry here.