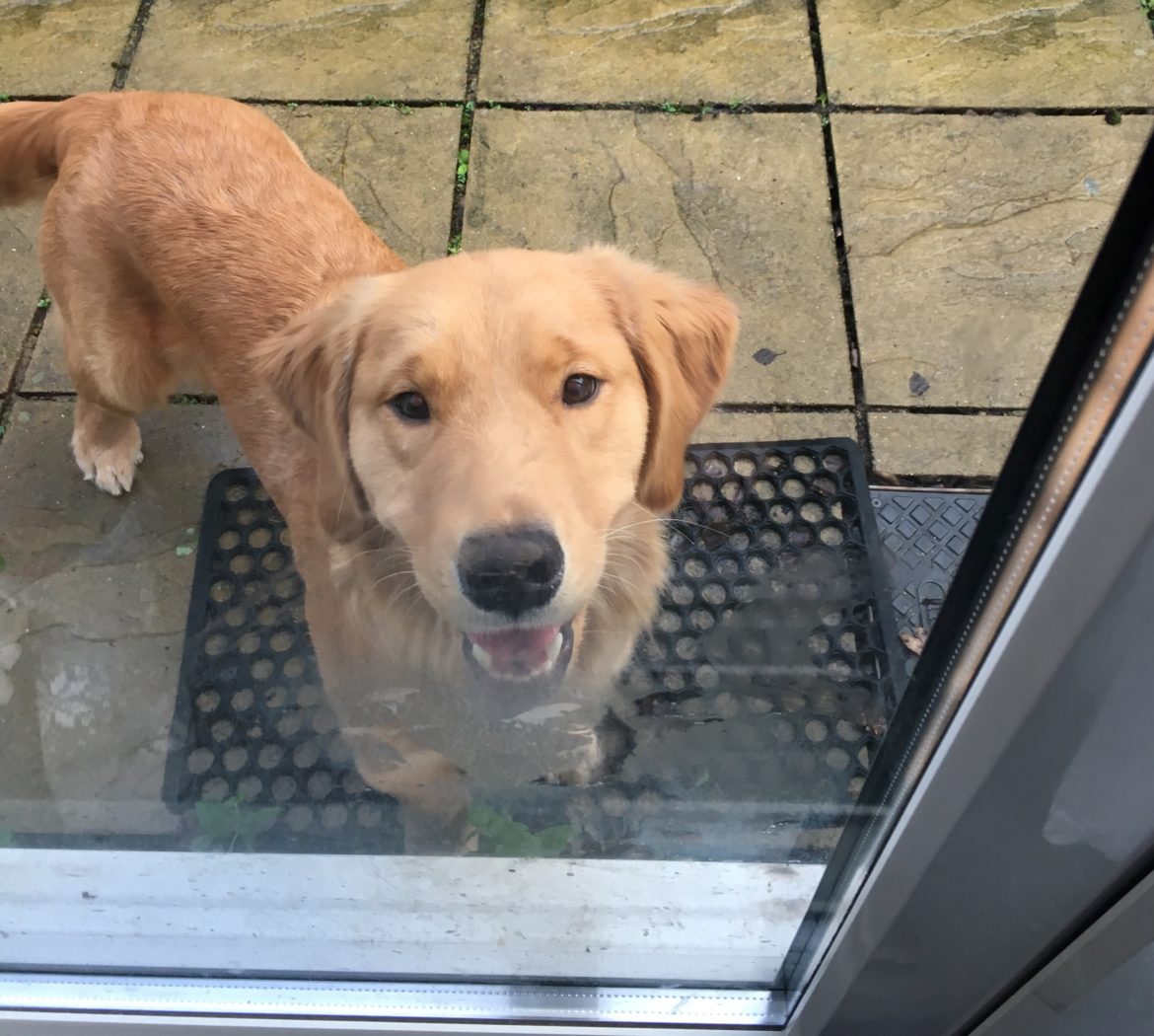 What is Separation Anxiety in Dogs?

As domesticated animals, dogs can get very attached to their owners. When a dog’s food, physical care, love and companionship all come from one place, there becomes some dependence (both physical and emotional) on that source (in the same way as it occurs between child and parents). Also, because dogs’ experience of others in their environment is usually limited to their family and brief encounters with outside people and animals, they latch onto their time with “their humans” as feeling safe, secure and familiar. It can be here where dogs begin to experience separation anxiety when not around their owners.

Separation anxiety often becomes apparent when dogs are left alone completely, with behaviours like whining, barking, scratching at carpets and furniture, destruction or scenting of toys and objects, bin diving, and defecating or urinating in the house. This tends to be more common when dogs are left alone for long periods of time (e.g. while their owner is at work). But it can occur in some dogs, particularly anxious or clingy ones, if they are left at all, or even separated from their owners slightly (e.g. outside when you’re inside).

Why is it so Common in Assistance Dogs?

Part of being an Assistance Dog is accompanying your handler (human) to places where pet dogs wouldn’t be allowed, including shops, restaurants, meetings, appointments etc. As such, the time that most dogs would be left at home, an Assistance Dog is still with their human. The problem here is that if a dog doesn’t learn to be apart from their humans, they are likely to develop separation anxiety. Think of it from a dog’s perspective: they go with their human everywhere but for some reason they have to stay at home one day (maybe they have an injury, or they’re in season, or their handler is going somewhere you can’t take ADs)…how do they know that their human is alright, that the human is aware of what is happening and has prepared for it? How do they know that the human will even return? It can be very scary for a dog, especially who hasn’t been left much, to be away from their human/owner/handler, and even moreso if they are left alone entirely. However, that doesn’t mean Assistance Dogs should never be left alone. It is about making sure it is done in a gradual way, effectively training them to be on their own and/or away from their handler.

How Do I Prevent Separation Anxiety in my AD?

Often people start by getting someone they’re out with to hold their dog for a few minutes, to see that the handler will come back and that being with someone else isn’t a bad thing or forever. Treats are usually required at first to teach the dog that it is a positive thing. Some people choose to return and make a big fuss of their dog, others choose to return and take over as if nothing has happened – either way the dog learns that the handler returns (although if your dog is prone to over-excitement I would strongly recommend the second option).

Even if you intend to take your Assistance Dog everywhere with you, it is worth making sure they are able to spend time both on their own and with someone else as you can’t always predict things (you may become unwell and be unable to take them with you, they may become unwell and you need to leave the house). There are also places that Assistance Dogs are not always allowed or it isn’t practical to take them e.g. swimming, zoos/safari parks, holidays abroad. Also later in life, when your dog retires, they are going to need to know that they can survive some time away from you and it helps to establish this early in their life.

Developing confidence and independence is also a key part of tackling and preventing separation anxiety in Assistance Dogs. Practising down-stays in a variety of locations (including ones where the handler moves about in sight and ones where they move out of sight then return) is a great way of building confidence for Assistance Dogs. Giving your dog time where they need to entertain themselves even when you’re present is a vital aspect of encouraging healthy independence in your dog – so they are more likely to turn to this to keep themselves occupied if left alone (e.g. playing with toys/chewing on bones).

Tips on How to Prevent and Tackle Separation Anxiety

If your dog shows signs of separation anxiety it’s not the end of the world, it doesn’t mean you can’t ever leave them. You might just need to work on it really slowly with them, e.g. short periods in a crate with you there etc. if they are an assistance dog/in training. If they are a pet with separation anxiety and you work or are out of the house a lot, you may need to alter your lifestyle a little (e.g. going home from work at lunchtime to let them out if they are prone to accidents, factoring in a walk before you leave them so they are exercised). There are also other options like doggy day care, dog walkers, neighbours letting your dog out into the garden etc. to minimise the negative behaviours and impact of separation anxiety.